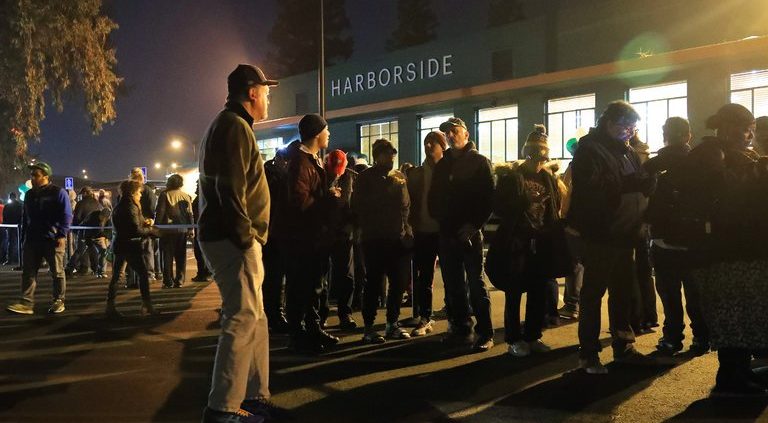 OAKLAND, Calif. — Retail cannabis shops in California opened their doors on Monday for the first time, inaugurating what proponents say will become the world’s largest market for legalized recreational marijuana.

A transaction that remains illegal in many parts of the country seemed almost banal on Monday for the customers at a dispensary in Oakland who picked out their marijuana, showed their driver’s licenses and walked into the brisk morning air with their drugs in a paper bag.

“This is a whole new world opening up,” said Diana Gladden, 48, who bought marijuana for herself and her aging parents. “My mother, a very strict Southern Baptist, now thinks it’s O.K. because it’s legal.”

One customer left with more than $1,000 worth of cannabis in a large grocery bag.

Medical marijuana has been legal in California for more than two decades but the arrival of full legalization in the state is a milestone for the nation’s fast-growing cannabis industry. Pot is now sold legally down the entire length of the West Coast, plus Alaska.

A slow and halting rollout of California’s new cannabis regulations limited the number of shops offering the drug on Monday to just a handful of cities across the state, including Berkeley, Oakland, San Jose and San Diego. But more municipalities, including San Francisco and Los Angeles, are expected to issue licenses soon.

Alex Traverso, a spokesman for California’s Bureau of Cannabis Control, said around 100 dispensaries in the state were licensed to sell recreational cannabis on Monday.

Outside the dispensary in Oakland nearly 200 people waited in line before dawn for the 6 a.m. start of sales.

“Happy New Year!” Steve DeAngelo, the executive director of the dispensary, shouted through a bullhorn. “We’ve been looking forward to this day for a long time.”

But in a state where marijuana has been widely available for so long, the enthusiasm was relatively muted. Outside a dispensary in neighboring Berkeley only a handful of customers waited in line before sales began.

California is the sixth state to introduce the sale of recreational marijuana, after Colorado, Washington, Oregon, Alaska and Nevada. Massachusetts and potentially Maine are expected to begin sales this year.

Unlike the other states that have legalized, California has a vast industry producing the drug, much of which is illegally sold across state lines. By one estimate, California produces seven times more marijuana than it consumes.

What is CBD ?
Scroll to top