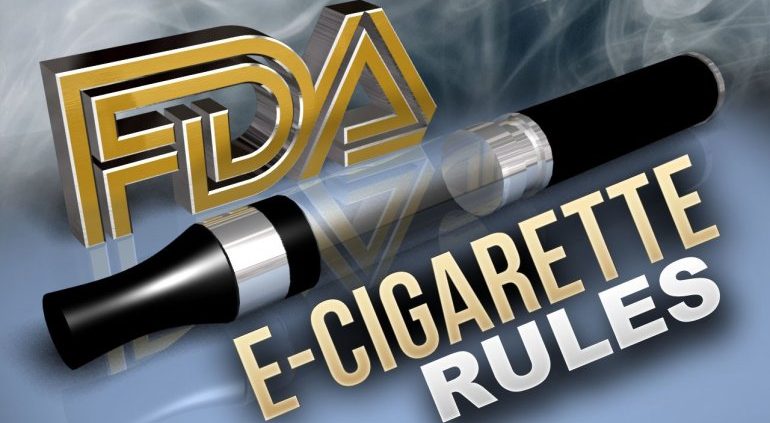 As of August 8, 2016, the Food & Drug Administration (FDA) will consider vapor products to be “tobacco products” under the Family Smoking Prevention and Tobacco Control Act (the Tobacco Control Act). What does this mean for vaping and the development of new reduced harm products in the United States going forward?

The bad news is that August 8th of this year marks the beginning of a two-year countdown to FDA prohibition of 99.9%+ of vapor products on the market. If we do not succeed in changing the FDA’s arbitrary predicate date of February 15, 2007, the vapor industry will shrink to almost nothing beginning August 8, 2018.

Even so, there is reason for optimism — advocates are actively working daily to convince Congress and/or the courts that the 2007 predicate date cannot be allowed to stand.

Under almost any outcome of these efforts, regulation of vapor products will occur. In order for your favorite manufacturer, distributor, retailer, etc. to keep their doors open until August of 2018 (and hopefully far beyond), there are a number of rules and regulations that they must follow. These rules are coming into effect in a staggered fashion over the next two to three years. This article seeks to provide a brief overview of what is required of those in the industry beginning on August 8, 2016 (but does not outline other equally important deadlines that follow August 8th).

Take Action to Stop the FDA’s Vaping Ban at August8th.org!

Caution: The following is not legal advice. You should consult with your trade association and/or lawyer for compliance guidance.

What is covered under the FDA’s rule?

According to the FDA, pretty much everything and anything related to vaping is either a tobacco product, or a part or component to a tobacco product, and thus subject to regulation by the agency. As Jacob Meyer explained recently at National Review, the FDA has even taken the position that nicotine-free and synthetic (i.e., non-tobacco) nicotine products could also be tobacco products. The agency’s contention comes despite the Tobacco Control Act specifying that its applicability is limited to products “made or derived from tobacco,” as well as components or parts of such products.

Unpacking the FDA’s hyper-bureaucratic responses to letters and questions in webinars can be tough, but it appears that the FDA’s position is that such products could be considered “tobacco” because e-liquids containing synthetic nicotine could be “intended or expected” to be used with a tobacco product (i.e., either with tobacco-derived nicotine or in a vapor product device that can also use tobacco-derived nicotine). This also appears to represent their current position on nicotine-free products.

Ultimately, what is actually covered by the regulations will be decided by a combination of factors, including court cases and an examination of the FDA’s enforcement priorities as time passes. As Jacob Sullum notes at Reason, manufacturers of synthetic nicotine are already gearing up to test the FDA’s authority. Others will likely follow. Nonetheless, challenging a federal agency is expensive and has bankrupted countless companies in the past. As such, only those companies who are truly prepared and funded to fight (and fight intelligently) should consider fighting the FDA.

In order for a vapor product to be able to be sold after August 8, 2016, it must be commercially marketed as of that date (see prior FDA guidance on the subject). This means that after August 8, manufacturers are not only prohibited from releasing new flavors, devices, coils, etc., but they also may not make virtually any modifications to existing products. It is critical that manufacturers (including single shop retailer-manufacturers) understand that any variation of the nicotine level, bottle size, flavor amount, ingredient type, etc. in a current product (i.e., one being marketed on August 8, 2016) will result in a “new” product that will be illegal to sell without preapproval from the FDA.

While the FDA can attempt to stop innovation in the U.S., it will be unable to stop it from happening throughout the world and on the gray and black markets. Even if the predicate date is modernized, continuing to innovate products intended for the legal U.S. nicotine market will be extremely burdensome and expensive.

No sales to those under 18

This is already the law in 48 states, but the FDA regulation adds a new requirement — anyone appearing under the age of 27 must present photo identification.

In both the final rule and in webinars, the FDA has announced its intention to conduct youth access checks on not just brick-and-mortar retailers, but also online retailers. It is critical that retailers only sell online if they have integrated into their website an adequate age verification platform. (Simply clicking a box is not acceptable.)

No modification of products

Traditionally, vape shop employees have educated new customers about proper care and usage of a device by physically assisting the customer with setting up their device or actively troubleshooting problems. This includes tasks like connecting a tank to a battery, screwing in a coil, filling a tank with e-liquid, etc. Some vape shops also offer to rebuild coils across a variety of devices to the individual specification of the user.

In the FDA’s view, these acts can no longer be performed by retailers — with very limited possible exceptions — because they constitute “manufacturing.” Retailers can continue to educate consumers on how to use the products, but it appears that employees cannot physically manipulate any product that is being sold.

Another integral part of the vape shop experience — especially for smokers looking for a product to switch to — is trying out different flavors and nicotine levels. Starting August 8, 2016, this will no longer be allowed unless the customer is charged a fee. This rule applies even if the environment is age-restricted. Additionally, FDA appears to believe that even free sampling of zero-nicotine products is not allowed.

In FDA webinars, the agency has stated that so long as a sample is “not free,” it is not prohibited by the Tobacco Control Act. However, as with all FDA guidance, their words are nonbinding and subject to change. Our opinion is that charging a per-visit sampling fee of $1 (including sales tax, if applicable) and assigning a SKU to the fee is reasonable and is likely to stand up to scrutiny.

In talking to customers, stores should use this opportunity to make them aware of the fight against these regulations. We also strongly encourage stores to unite behind the cause, and donate post-tax revenues from the sampling fee to groups like CASAA who are actively fighting for your consumers.

After August 8, 2016, the label, labeling, or advertising of vapor products may not “explicitly or implicitly” inform customers of the following true facts (courtesy of Dr. Michael Siegel):

Provisions regarding the cleanliness of products and accuracy of labeling and advertising go into effect on August 8, 2016. Additionally, vapor products may be only be sold through vending machines in establishments where no one under the age of 18 is allowed to enter at any time.

In order to keep selling products until August 2018, you must comply with numerous provisions that have different effective dates, including registration for manufacturers and importers, ingredient submissions, warning labels, and other requirements. The next deadline of massive importance is December 31, 2016, which is when manufacturers (including importers) must register their manufacturing establishment(s) and individual products with the FDA if they wish to continue selling them past that date. There is no fee associated with filing these registrations, but it can be time consuming. (For more on future deadlines, see this timeline.)

The next two years will be tumultuous and full of surprises. Don’t give up the fight for fair and equitable treatment of these harm reduction products.  Educate yourself, educate others, and take action.

What you need to know about vaporizers
Scroll to top